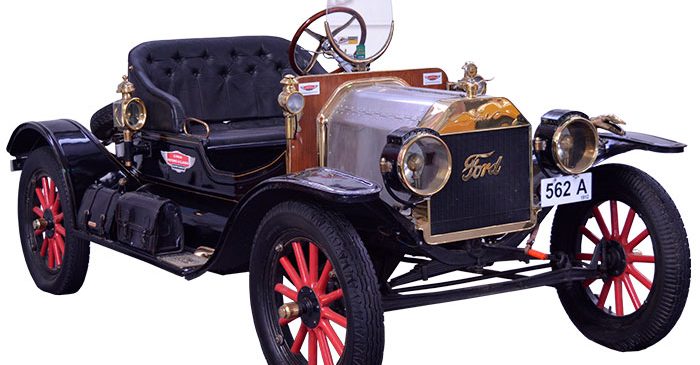 Ford Model T Roadster 1912 – Produced by Henry Ford’s Ford Motor Company from October 1, 1908 to May 27, 1927. It is generally regarded as the first affordable automobile, the car that opened travel to the common middle-class American; some of this was because of Ford’s efficient fabrication, including assembly line production instead of individual hand crafting. The Ford Model T was named the world’s most influential car of the 20th century in an international poll.